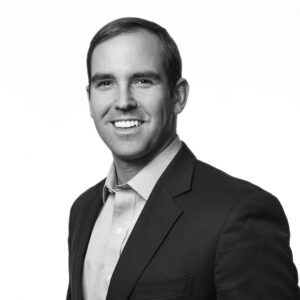 Before arriving at NRDC in 2017, Sam Gilchrist spent 10 years leading issue and electoral campaigns across the country. Gilchrist started his professional career in politics as an intern with the Indiana State Senate in 2007. By the 2008 presidential cycle, he was working for then-Senator Chris Dodd on the Iowa caucuses. He then led regional field efforts for the Obama campaign before joining a Congressional race in California. In 2009, Gilchrist worked as the field director for SEIU’s Change that Works campaign in Indiana. After the passage of the Affordable Care Act, he went to work for SEIU Local 1 as a new member organizer on its Stand for Security campaign. Afterwards—during the 2012 election cycle—Gilchrist became a principal consultant for the Connecticut Senate Democrats. He returned to labor as part of the political department at SEIU Healthcare/District 1199NE and then served as the executive director of the Colorado AFL-CIO. Gilchrist holds degrees in political science and anthropology from Indiana University. He is based in Denver, where he lives with his wife Ashley and their dog Dublin.