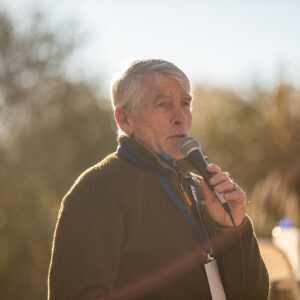 Colorado resident and native westerner Mark Udall represented the people of Colorado in the U.S. Senate from 2009 to 2015 and the 2nd Congressional District from 1999 to 2009. He also served one term in the Colorado State Legislature as a member of the General Assembly from 1997 to 1999, representing the 13th District, which encompassed the community of Broomfield and parts of southern and western Boulder County. Sen. Udall is known for reaching across party lines to solve problems, and has championed bipartisan legislation to balance the nation’s budget, protect our public lands and establish a tough, but smart, national security policy. Prior to serving in Congress, Mark served as course director and later as executive director at Colorado Outward Bound School. Mark is an avid mountaineer and has climbed or attempted some of the world’s most challenging peaks, including Mt. Everest. Mark and his wife, Maggie Fox, live in Eldorado Springs, CO.